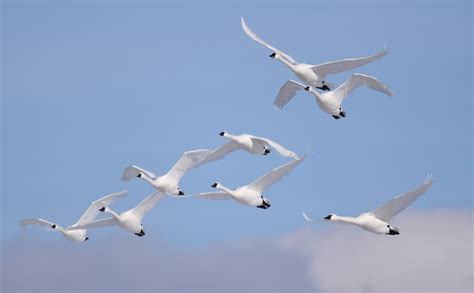 Why do Birds Fly South for the Winter?

By Adam Duhamel21 June 2022No Comments

This article is a discussion of the seasonal migration of birds, why birds fly south for the winter and what benefits they gain from doing so. If you like to read about birds, consider checking out our other article on the sleeping patterns of seagulls.

What is different about birds than other animals?

The best place to start when thinking about this question is why do birds live where they do in the first place? A bird habitat is where they are adapted to surviving and reproducing. This means that they know and can capture food, they are able to find appropriate shelter and they can secure a mate. Also, they are able to stay safe from predators (mostly).

Typically, animals have a single habitat which they occupy year-round. Think of a squirrel which lives in the same forest throughout each season. The squirrel is adapted to living under each seasonal condition and will adjust its behaviour in order to survive. You might recognise the idea of squirrels hiding nuts during the autumn when they are most abundant, ready for the tough winter ahead with little food.

The behaviour of a squirrel is out of necessity as it is not able to migrate over long distances in a relatively short period of time. It would take the squirrel months to travel the same distance as a migrating bird and it would be a very high risk of predation whilst it travelled.

Birds are subject to the changes in conditions associated with the seasons and part of their strategy to survive these changes is to simply move to a more suitable habitat.

Remember that some bird migrations cover thousands of miles (or kilometres) and these can often take multiple stops to complete. Migration can also be very costly in terms of energy, this fact tells us that there is a very clear benefit to the birds that undergo seasonal migrations. If the cost of migrating were lower than the cost of staying in place, there would be no seasonal migrations.

Why do birds fly south for the winter?

Birds fly south for the winter to avoid environmental conditions that are not favourable to their survival and or reproduction. Short-term migrations in birds occur for multiple reasons, for example; because they are unable to secure food, unable to survive colder temperatures and unable to compete with other species.

You probably only considered until now that the birds are flying south in winter to reach warmer temperatures and avoid the cold winters. 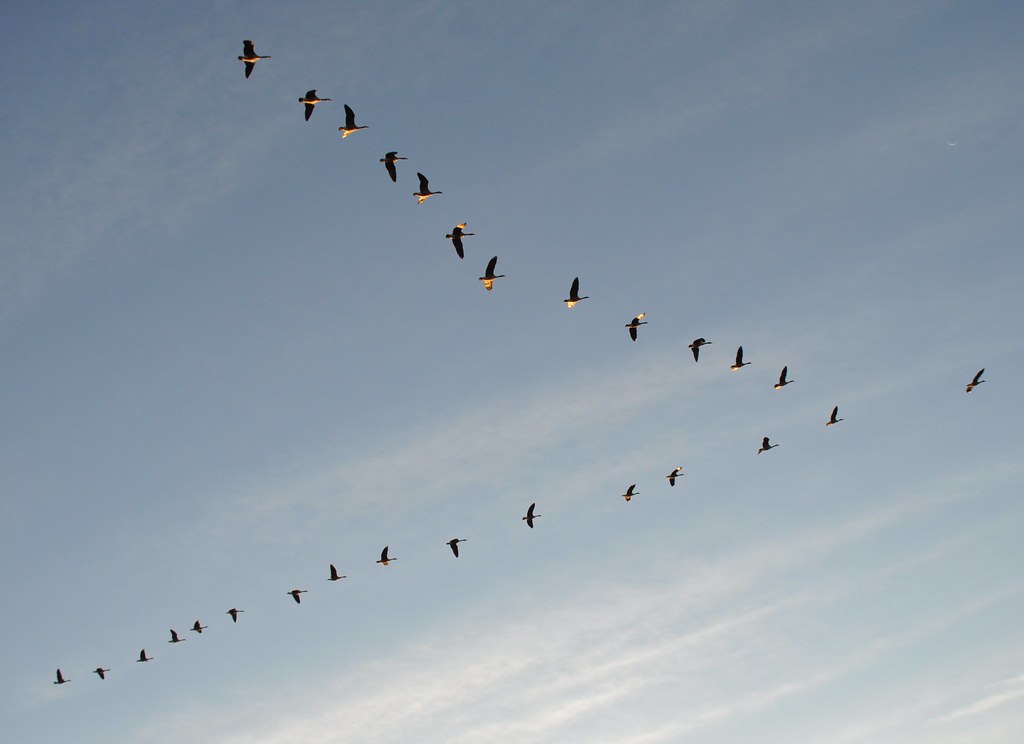 However, you must also consider that during summer they migrate to colder areas. These northward migrations happen for the same reasons, typically food availability decreases because of increased competition by other species which occupy the habitat year-round, or other species migrating to the area.

The migration patterns of birds are studied by scientists who study birds, known as Ornithologists. Together with a team of amateur bird-watchers, we have learned a lot, but studying individual birds can be difficult since they can move much quicker than us. Studying groups of birds is one of the strategies we use to overcome this, along with leg tagging and sometimes GPS tracking.

Where do birds go in the winter?

Birds travel to areas where they can breed and overwinter and this presents its own issue as there is competition between species (interspecific) for breeding and wintering sites. A paper published in the Scandinavian Journal of Ornithology studied the behaviour of migratory birds and the evolution of their behaviour. The paper found that two factors were important in the distances that birds migrate which were the size of birds and the timing of migrations.

Larger birds tend to be more dominant and are able to secure a wintering or breeding site, but the birds which arrive first are also at an advantage and may be able to maintain their position against larger birds arriving later on.

Another interesting point is the observation of bird species moving southward in a coordinated way, meaning that each species along the migration path moves a similar distance south. This is called chain migration and could be a mechanism to avoid competition.

In 2020 another article was published in the journal Evolution which discussed the migration patterns of the common swift, a small bird which eats insects. They found that the birds moved in a pattern of chain migration and that both body size and early arrival both play a part in securing a breeding and wintering site. 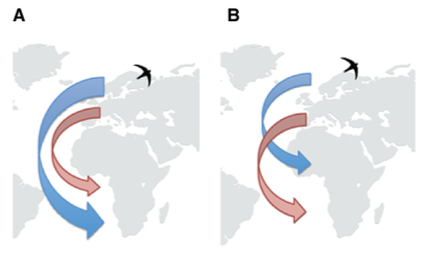 Migration patterns of birds. A: Leap-frog B: Chain migration

These are complex interactions including the impact of Bergmann’s Rule which indicates that animals in northern latitudes are larger because they are able to maintain their internal temperatures at lower external temperatures.

Another migration pattern is the leap-frog pattern which is shown alongside chain migration in the diagram in this section.

There is so much to understand that whole textbooks have been written on the topic of bird migrations (like this one). We have barely scratched the surface, not even mentioning long-term migrations!

We hope you enjoyed this blog about why birds fly south in the winter. Check out one of our other blogs on interesting science topics!

Discover Tutoring is a participant in the AbeBooks Inc. Affiliate Program, an affiliate advertising program designed to provide a means for sites to earn advertising fees by advertising and linking to abebooks.co.uk. 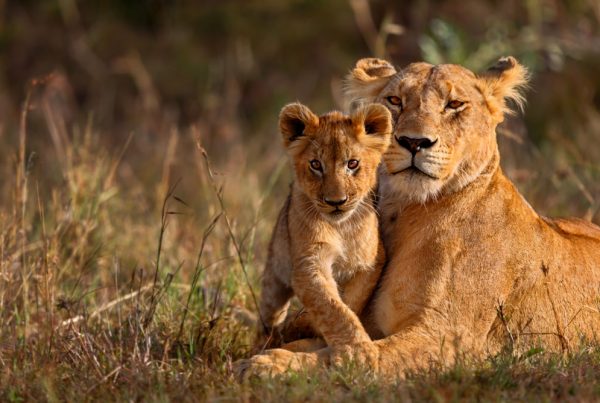 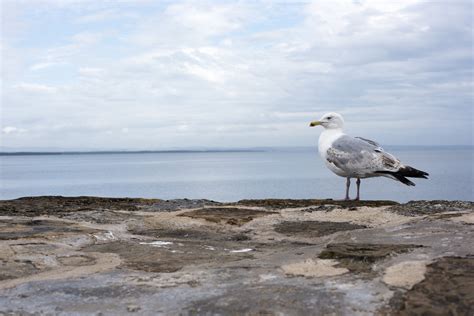 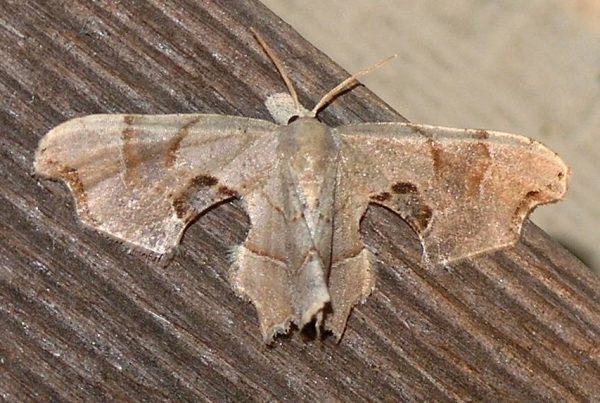 Where do Moths go during the day? and do Moths sleep?