Enzymes are proteins that act as biological catalysts. This means that they speed up useful reactions in the body, without being used up.

Enzymes are comprised of long chains of amino acids and have a very important feature called an active site. The active site is a region on an enzyme that has a particular shape. This shape is complementary to a specific substrate, which can be thought of as a reactant.

The specificity of the complementary pairs of enzymes and substrates means that different enzymes are necessary to catalyse different reactions. As the active site of one enzyme matches and joins up with its substrate, a reaction is catalysed and afterwards, the substrate can be considered a product.

Enzymes increase the speed of reactions without being used up, making them catalysts. They are also produced biologically and so sometimes they are called biological catalysts which speed up the useful reactions in our bodies.

An example of a useful reaction is the digestion of complex molecules like starch into maltose, allowing our bodies to gain nutritional value from our food.

What Happens to Enzymes at High Temperatures?

Since enzymes are proteins made of chains of amino acids, these chains have the potential to be disrupted. When temperatures rise above a certain level, this causes the chains to buckle and bend. As a result, the shape of the active site changes and is no longer complementary to its substrate. This means that the substrate cannot fit in the active site and no reaction can be catalysed.

Some warmth is in fact a good thing for the rate of reactions since increased temperatures lead to greater speed of movement for the enzymes and also for substrates. Enhanced speed means that there is an improved chance of impact and connection between enzyme-substrate pairs. There is naturally an optimum temperature for reactions and that is why our body works so hard through homeostasis to maintain stable body temperatures at around 37˚C.

If you would like to learn more about the body and how it works, check out our other biology quizzes! 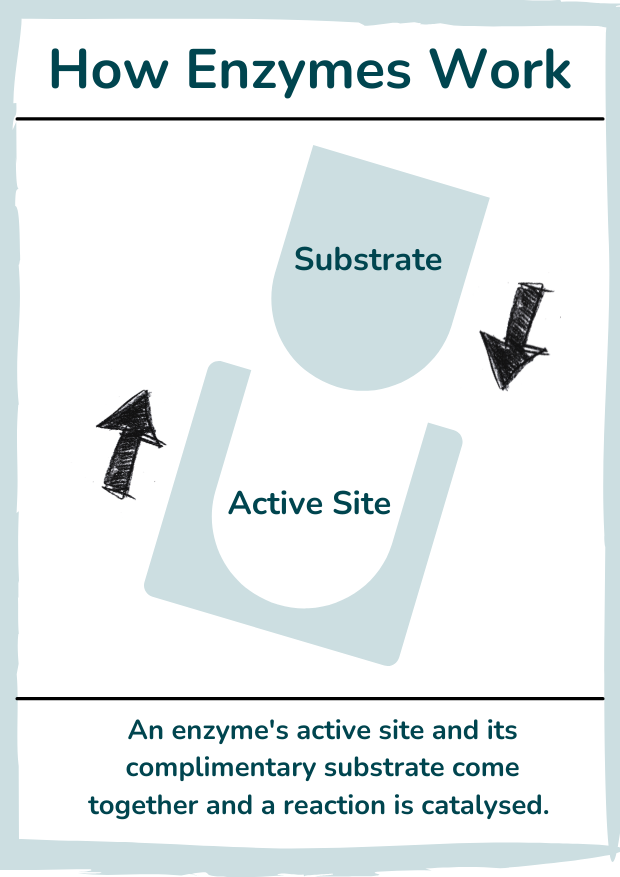 Advantages and Disadvantages of energy sources